It is fair to say that Blue Monday arrived a few weeks late for one car manufacturer. No sooner had two examples of the new Suzuki Celerio been delivered to a major publication for extensive testing, Blue Monday came hurtling through the door of Suzuki HQ. Months of planning and anticipation were thrown into jeopardy by two words: brake failure.

Before descending into hyperbole it is important to consider that what occurred during the press review of the new Suzuki Celerio could have been much worse. Fortunately, nobody was hurt and the fault can now be rectified. 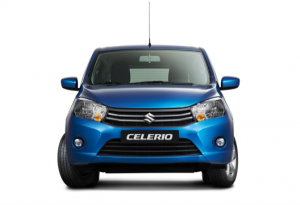 That said brake failure is probably not the unique story Suzuki’s press department had in mind for the launch of its cheerful new Celerio. The importance of the first press review and the power of the media in making or breaking a product cannot be underestimated. A motoring journalist’s job is to help the consumer make the best choice: if a car handles brilliantly, emits only trees and has a beautiful interior, the customer needs to know about it and the manufacturer deserves a pat on the back.

Equally, if a car doesn’t handle well or suffers from a significant fault, the concerned parties need to be informed – it’s the only way of ensuring a high standard. Pre-production changes and recalls 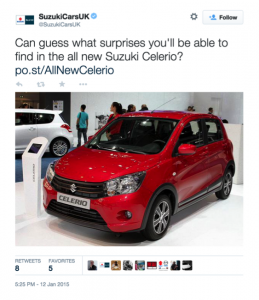 are nothing new: delving back into the history books, the launch of the first-generation Mercedes A-Class was delayed owing to a sideways topple during the ‘Elk’ test. Mercedes responded by making the car more stable and adding more safety equipment as standard. The resulting car was a better, safer product and brought many new customers to the brand.

Recalls may not be anything new, but the media storm that follows them is continually evolving. Car manufacturers have always been a prominent symbol of industry, generating much intrigue and while they were certainly not invisible when the A-Class was launched in 1997, the almighty Internet was still in a comparative state of infancy. The chances are you wouldn’t have heard about a recall until you tuned into the radio, watched the 10 o’clock news or bought the paper the following day. In 2015, the globe knew about the Celerio in minutes. 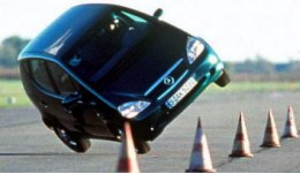 A BBC News report on the brake failure sits at the top of a Google search for ‘Suzuki Celerio’, and this first post alone links to a further 44 articles. The nature of Search Engine Optimisation is such that this content won’t just disappear; the Celerio’s launch is now etched on to the Internet and more people will see it as a result. Had the A-Class Elk test video appeared on YouTube, it would probably have been viewed by many more millions of would-be customers in a matter of hours.

Now the problem has been identified, Suzuki’s next task is to win back consumer confidence and to reinstate its reputation for reliability. It made the best possible start; the swift withdrawal of the car and assured statement about international recalls will have put owners’ minds at ease. A complex operation like this will not be a simple case of breaking the emergency glass and reaching for an extinguisher– Suzuki’s global comms team reacted instantaneously and in unison to something totally unforeseen. It will be down to the engineers to solve the fault with the Celerio’s brakes, but as it bravely ventures back into the showrooms it is the intuition and creativity of the communications team on which the car’s future will depend.

as one of the new owners of the celerio for 1 day, when can i expect to get the car back?