Top 5 choices for the next England manager

“Hopefully I can make everybody so proud of the England team again”. The ill-fated words of Sam Allardyce, who as recently as July recorded a message to England fans laughing down the camera with joy, announcing his appointment as their new manager. Fast-forward to today, Allardyce is now out of a job following claims to undercover reporters that it was “not a problem” to bypass the outlawed rules on third-party player ownership, and for striking a £400,000 deal to represent the fake Far East investors and to be a keynote speaker at events.

Big Sam was supposed to be a safe pair of hands, a trusted and experienced manager who could lead England out of the darkness that was their shambolic reign under Roy Hodgson that ended so dismally against Iceland at Euro 2016.

This got us thinking at Performance Towers – who would be best to take over the England job? Who would even want to? Here are our top five choices for the “top job” in English football. 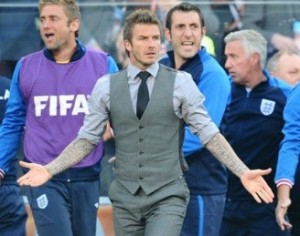 I know what you’re thinking – zero managerial experience, but hear me out. England, according to Alan Shearer, and to me, are the laughing stock of world football. The job is a poisoned chalice. Talk of a “world class” manager stepping in to take the job is ludicrous, as we don’t have any world class players or a set philosophy to play.
Who better to steady the ship than the universally popular Beckham? Respected by players, pundits and fans alike, could he be the man to bring pride back into playing for the England shirt again? 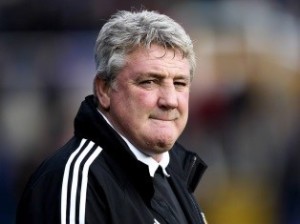 Bruce was one of two original front-runners before Allardyce was eventually given the job back in July: he was openly disappointed at missing out, having called it his ‘dream job’.
Widely known as being a steady and reliable hand, he has gained promotion to the Premier League with smaller clubs several times during his career. He may be more appealing to the FA, considering there is no contract for him to be bought out of, following his departure from Hull City last season. 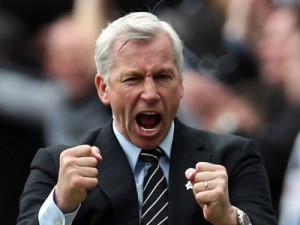 The current bookies favourite – Pardew wasn’t loved at Newcastle, but look at how they’ve plummeted since he left the helm. He stepped in to what looked like a sinking ship at Crystal Palace, but turned them around in half a season. Doesn’t take s*** from any players or managers, and doesn’t care if he’s unpopular. Also rejuvenated a tired-looking West Ham side a decade ago and made them into Premier League regulars. 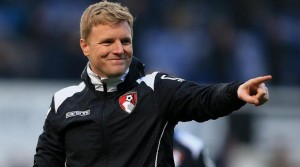 Young, fresh, and hungry for success. Eddie Howe is widely respected, and rightfully so, for the superb job he has done at Bournemouth. The 38-year old first took over The Cherries in 2008 when they were in League Two, and managed to secure their first-ever promotion to the Premier League (a whole three promotions) in 2015.
Also known for imposing a stylish and attacking gameplan and for being a superb man-manager. For me his only drawback is that it might be too soon for him to take on the job. 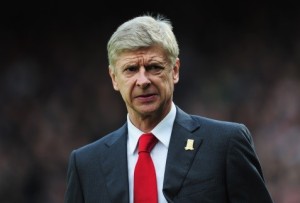 His contract with Arsenal is up at the end of the season, and he has previously hinted that he could be tempted by the job. Gareth Southgate has already stepped in as caretaker manager, so surely there’s no rush to appoint someone who is available immediately?
Arsenal fans may point to the despair they have suffered over the past 10 years at his happiness with only bringing Arsenal Champions League qualification, but how much would England fans crave this level of consistency?

A set style of playing, notorious for bringing through youth, Wenger is my number one hope to take the job at the end of the season.