Highlights from the Festival of Marketing 2015

The Festival of Marketing took place at Tobacco Dock earlier this month. A meeting of marketers with over 200 speakers across 12 different stages, it promised to cover the hottest topics in marketing. Here are some of the subjects we found the most interesting. And one we didn’t. 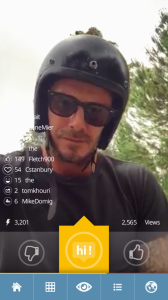 As expected, there was a lot of talk about content but this time the focus was on live streaming with the likes of Periscope, Meerkat and the David Beckham-backed My Eye. This is still a relatively new area for brands but the general consensus was this technology shouldn’t be ignored: it’s a good thing for brands to do, even though it’s hard to prove its RoI. There are, however, ways of measuring it – you could provide a unique discount code or URL for viewers, in much the same way you would for any other media channel. And that’s the point, brands should start to see live streaming as a way of connecting with their customers whether that’s directly or via an influencer. And while you may not have heard of the people with the biggest number of followers (one of the panellists, Alex Pettitt has almost 250,000 followers on Periscope), that doesn’t mean you should ignore them. So be brave and embrace the new platforms.

Social responsibility
Monica Lewinsky’s talk was an extension of her TED talk from earlier this year which saw her break her silence of at least ten years. Her raison d’être seems to be to make us all better people, no doubt brought about by her previous experiences. An engaging speaker, she made the audience think about what we do and why we do it and tried to encourage us to use the new technology and tools at our disposal to do something good, to develop a more compassionate society based on good rather than clicks. You may not like her but you can’t argue with what she’s trying to do.

Preparing for success with failure

The biggest take-out moment of the festival for me was from one of the few non-marketing heads there. The headliner speech from Colonel Chris Hadfield was one to stir the soul and inspire childhood dreams. In-between casually dropping in mentions about the number of times he had circled the earth, Chris Hadfield talked about visualising the positive outcomes you wanted to achieve but also to give equal consideration to what could go wrong. So often in our day job we get carried away with the big idea, the sexy iconic image, without giving enough thought to what to do if something goes wrong. Col Hadfield, with an epic tale of leaking ammonia from his space station, hammered home the importance of the phrase “Failing to prepare is preparing to fail”. Consider and practice what you will do if things go wrong to mitigate and be ready for them. If you don’t need the preparation then great, if you do then you’ll be eternally grateful you did.

Alan Sugar
The lowlight of the Festival for me. From questioning the value of research, doubting the monetisation of Twitter and offering zero insight, Lord Sugar came across as a grumpy old man, out of touch with an industry he no longer understood or seemed to care about. 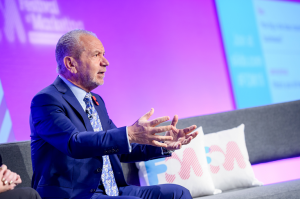