KTM Middle East was the talk of the regional racing scene recently, as the leading sport motorcycle manufacturer unveiled its new KTM UAE Racing Team rider line-up for the 2014/2015 season to fans and media. 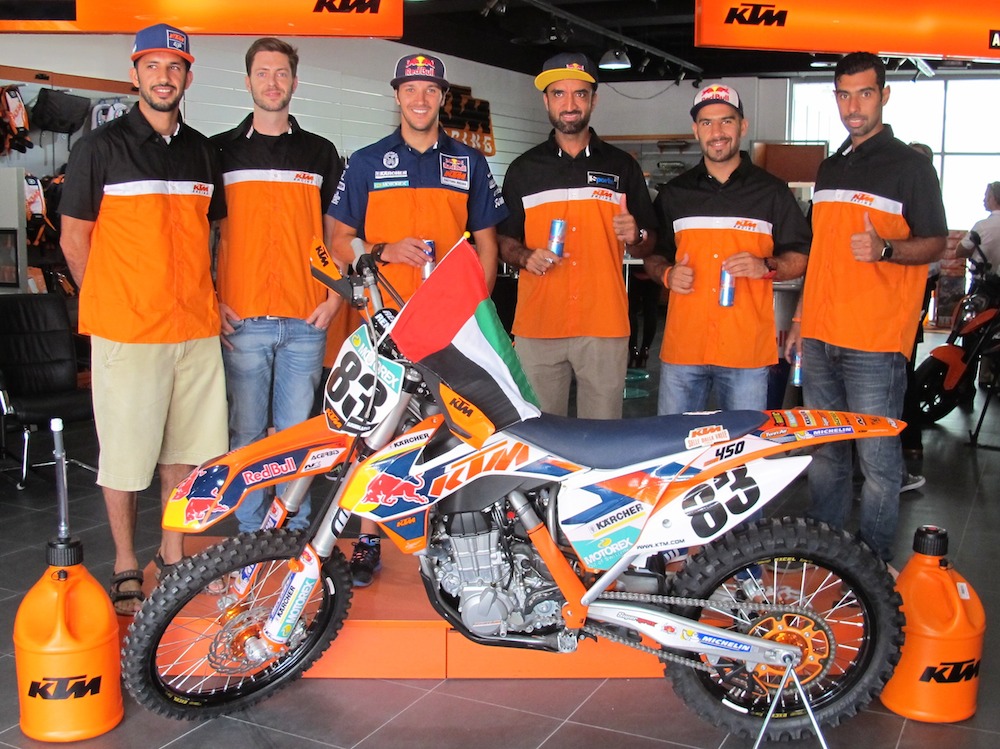 The announcement of KTM’s return to the Middle East racing scene, took place at the KTM showroom and regional headquarters in Dubai, and was attended by several of the biggest names in global and regional racing.

The Performance Communications team was on hand to assist KTM with all media management and coordination of interviews, with the announcement achieving widespread coverage across the UAE’s leading daily newspapers, including a full page in The National. The launch also made national TV news on City 7 TV and DMTV, as well as being the focus of an extended interview with the riders on Dubai Eye Radio.

Good luck to Mohammed, Sam and all of the guys for the coming season!

The two and a half minute clip from City 7 TV can be viewed here: